Ayurveda recognises that we are not all the same. We are each unique and therefore need something different. This is emphasised by identifying and abiding to an Ayurvedic ‘Life-Style’ that is compatible, restorative and corrective for each person. 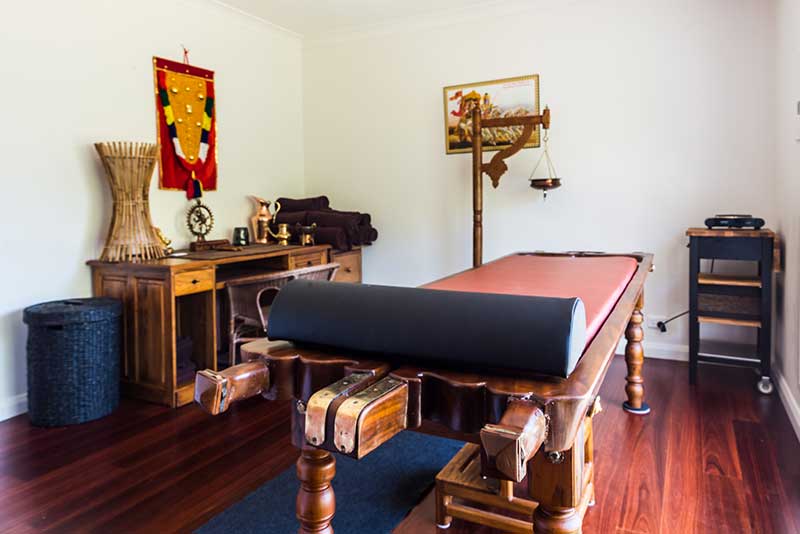 Established as the oldest surviving complete medical system in the world, Ayurveda has its origins dating back more than 5ooo years ago. The name AYURVEDA is derived from its ancient Sanskrit roots – ‘AYUR‘ (‘life’ or ‘longevity’) and ‘VEDA‘ (‘science’ or ‘knowledge’). Ayurveda can be described as ‘The Science of Life or Longevity’ or ‘The Yoga of Life’. Ayurveda and Siddha, provide the knowledge and the tools to allow you to experience your ‘life-span’ to its fullest extent for very specific purposes. This medical science offers a rich, comprehensive outlook to a healthy life. It was expounded and practiced by the spiritual rishis, who laid the foundations of the Vedic civilization in India, by organising the fundamentals of life into proper systems.

Ayurveda aims to integrate and balance the body, mind and spirit.

This is believed to help prevent illness and promote wellness. Ayurveda philosophy believes that people, their health, and the universe are all related. It is believed that health problems can result when these relationships are out of balance.

The Goal and Purpose of Ayurveda

There are two objectives of Ayurveda:

However, the highest or ultimate goal of Ayurveda and Siddha treatment is to attain absolute detachment of the ‘Atman’ or soul. This is the state of liberation or ‘Moksham’. At the same instance, the body, mind and its equipment are not neglected but brought very much into focus and attention, as it is the means of realising the Self or Truth.

Ayurveda is based upon the principle of the unity of life and seeks to increase our state of health through developing those factors of similar nature to it and reducing those factors of contrary or variant nature. Ayurveda believes that life is conceived as the union of body, senses, mind and spirit. A living being is a combination of three humors – “DOSHAS” (Vata, Pitta and Kapha).
Each person will practice and live differently as each person is different and unique.

How and why are we different and unique?

Ayurveda tells us that all that is matter contains five great elements, namely Ether (Space), Wind (Air), Fire, Water and Earth. These elements are in all matter and therefore present in Man. As such the physical Man is an integral and inseparable part of Nature.

The Five Great Elements are:

The elements in their subtle form moving from the most subtle (Space/Ether), to the most gross (Earth) element.

The Origin of the Five Great Elements

In the beginning was the Word and the Word was God (Om). When we say word it means sound and sound means waves and these sound waves are vibrations. When there are vibrations in Space, in Akasha, it is immediately followed by movement. Space pulsating to and fro gives rise to movement. This movement of space is Wind. As the pulsating to and fro of Space increases in speed, the speed of Wind also increases.

As the pulsating and vibrations increase friction is experienced. As this further increases it gives rise to heat and the element Fire. When there is heat in Space there will be tendencies for condensation. As condensation increases water droplets form thus condensation produces the Water element. As the Water increases in volume it gains in mass and weight and gathers cosmic dust and due to certain forces of nature such as gravity, this mixture of Water and cosmic dust gathers together and as it swirls around a mass is produced and this produces the Earth element. 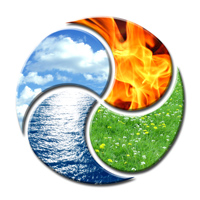 The Attributes of the Five Great Elements

Ether is space; and for consciousness to exist, space is required. This is the place where everything happens and all exists. It is characterised by the quality of sound. Its attributes are cold, dry, light, subtle, liquid, mobile, sharp, soft, smooth, and clear.

Wind is movement and has the quality of touch and sound. Its attributes are cold, dry, light, subtle, mobile, sharp, rough, hard, and clear.

Fire is energy and has the qualities of sight, touch, and sound. Its attributes are hot, dry. Light, subtle, mobile, sharp, rough, hard, and clear.

Although some of the qualities are shared by more than one element they exist to different degrees in different elements. For example fire, air, and ether all contain the attributes of being dry, light, subtle, but these are the least subtle in fire and most subtle in ether.
According to this science, there are three primary life forces or energies formed by the combination of these five elements.

These three energies are known as Doshas and classified as follows;

Each of us possess a basic nature or constitution, (Prakriti) in whose state of balance or equilibrium is health. Disease arises from a differentiation or degeneration from that basic state of health, (Vikriti). Ayurveda aims at restoring our basic nature (Prakriti) and allowing us to live in harmony with it. To do this, we must first understand what it is. For that determination of constitution, physical and mental, is necessary, which is the foundation of Ayurveda.

The following information is a typical overview of the consultation procedures at Ayurveda Village.

What to do before a consultation:

What happens during a consultation?

What happens after a consultation?

How long is the consultation?

The consultation will be 60 minutes in length. 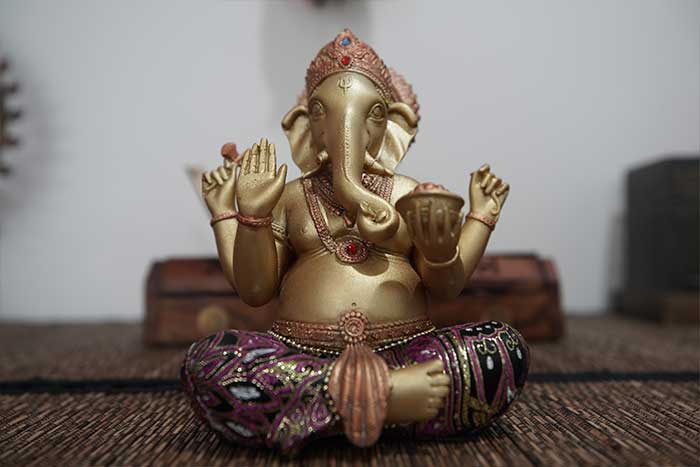 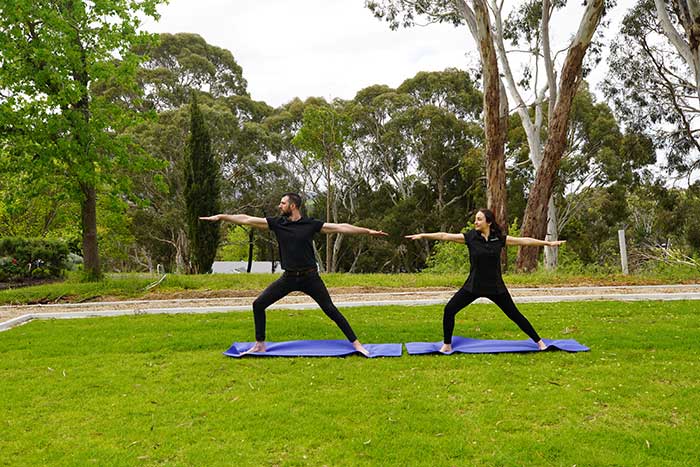 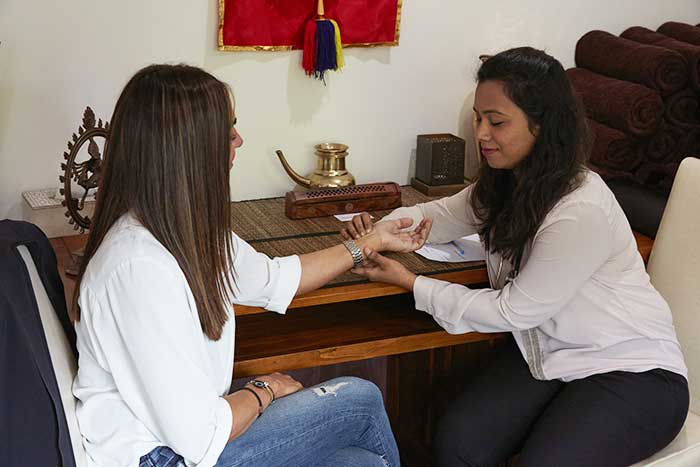